From Designer to Web Developer: How the HackerYou Community Helped Me Make the Change

From Designer to Web Developer: How the HackerYou Community Helped Me Make the Change 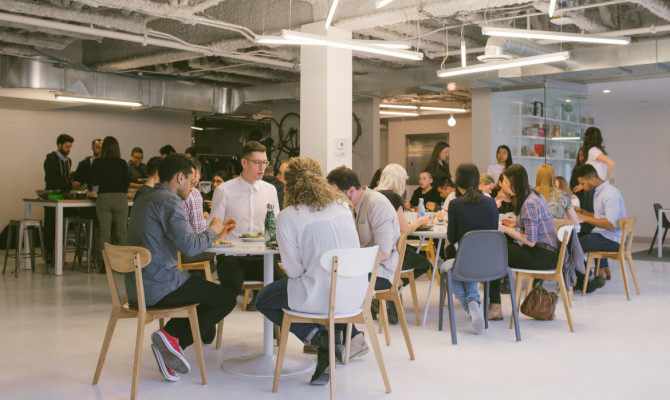 Gab White is a graduate of our Winter 2014 bootcamp and the first contributor to our new series, Alumni Stories. She hails from a small town in Newfoundland & Labrador and now works at a Halifax-based startup called Vendeve. In addition to being a front-end web developer, she’s a web designer, urban cyclist and wannabe triathlete. You can find more of her writing here.

**Before coming to HackerYou, what were you up to? **

I was living and working in Halifax, Nova Scotia as a graphic designer at an ad agency. I was doing everything from print production to branding and web design. At times, my job was highly creative but I was starting to feel bored of working on some of the more mundane types of projects.

What was it that drew you to HackerYou and the bootcamp in particular?

I knew that I wanted to build my web development skills. My problem was that I felt like I couldn't do it on my own or it would take me forever. I was on the Ladies Learning Code email list and I remember getting an email about the first front-end bootcamp at HackerYou and pretty much deciding then and there that I had to do it. It felt overwhelming and kind of like a crazy decision to pack up my life in Halifax to move to Toronto for a few months, but it always felt like the right one for me.

What stands out to you as the best part of coming to Toronto and being a part of the community?

The entire experience of HackerYou felt like a grown-up summer camp where people were determined to make something awesome of their life. That was the most inspiring part of the whole experience: my cohort included designers, business analysts, journalists, engineers, and a whole slew of other amazing professions. We all approached problem solving in a totally different way.

It was intimidating moving to an unfamiliar city by myself and trying to navigate while being immersed in code, but the connections that I made at HackerYou have become such valuable friends to me. I never felt alone when I was at HackerYou. There was always someone willing to hang out late at The Lab and code until your eyes blurred.

**Coming out of the full-time bootcamp, where have you settled in the world? **

After HackerYou, my life became a bit of a roller coaster. I spent four months in Toronto for HackerYou and freelanced after. When I moved back to Halifax, it was tough to re-integrate back into the city. I learned that it's a lot more challenging in Halifax to get a job in web development than in Toronto. I came back to Halifax expecting to be a shoe-in for most jobs – and I was way too optimistic.

It took some hopping around, but I settled at an early-stage startup called Vendeve. We're a skills marketplace focused specifically on helping women entrepreneurs grow and scale their own businesses. It's such an exciting place to work! We’re a small team of 4 people right now. It's been so rewarding being involved in developing a product this early in the game and having so much input. It's not for everyone, but I wouldn't want it any other way right now.

**What keeps you connected to the HackerYou community? **

I use Slack at work, so I always have the HackerYou channel open and check in from time-to-time [editor's note: we love Slack for keeping our students, alumni and instructors in touch. Learn more here].It's definitely harder now that I'm working at a startup that doesn't really conform to normal work hours! But I do still try to keep in touch via Twitter, Instagram and Slack with all my old HackerYou pals.

I've been trying to work out a time to visit Toronto again this year, but so far nothing has really fallen into place for me in terms of timing. Hopefully, it will work out some time soon, I definitely miss the vibe and the excitement that comes along with being at The Lab.

Want to meet more of our graduates? Check out ever-growing alumni directory here.