From Theatre Training to Web Development Mentor: How HackerYou Helped Make the Change

From Theatre Training to Web Development Mentor: How HackerYou Helped Make the Change 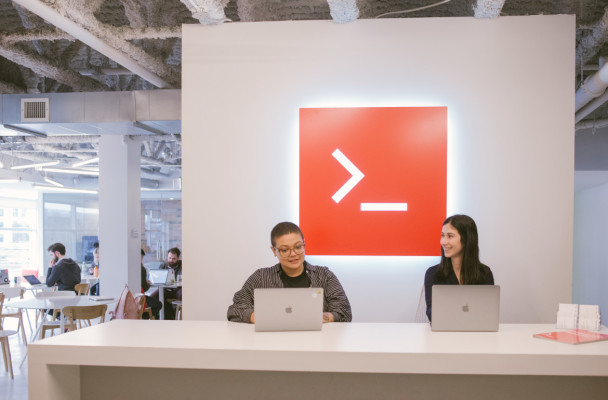 Simon Bloom is a graduate of our Summer 2014 bootcamp and now works as a freelance developer in Toronto. In addition to freelancing, Simon is the Co-Artistic Director of Outside the March Theatre Company and a mentor in our our part-time Web Development course. To learn more about Simon and what he does, check out his site. Before coming to HackerYou, what were you up to? I had just finished attending a professional theatre training program at the Banff Centre for the Performing Arts. I had been in Edmonton the past two years doing an MFA at the University of Alberta, and just moved into a new place in Toronto right around the same time HackerYou was starting up. What was it that drew you to HackerYou and the bootcamp in particular? I sat down for a coffee with Heather at the old space at CSI Bathurst, and I could tell she was the real deal. I had taken on one 'client' on in the past, and when I had described what the experience had been like and what I charged to Heather, I realized that I had no idea what I was doing, and that I could learn a lot at HackerYou. Also, Heather identified what I had been experiencing: that learning on my own could only take me so far, that I needed guidance from teachers in order to take the next steps. What stands out to you as the highlight of being part of the community? First of all, the thing that totally surprised and blew me away was that HackerYou is as much a community as it is a school. I was expecting to go to class from 9-5 and then go home. I definitely didn't expect staying there until 11PM coding and hanging out. Project-wise, learning about JavaScript was kind of a watershed moment for me. It felt probably like how more coordinated people feel the first time they step into a swimming pool. I was in my element, I understood what was going on, and I was excited about the limitless learning possibilities that lay ahead. Specifically building the Bacon Generator, an API that takes two actors names and finds a movie that they have in common, was a total blast. Coming out of the full-time bootcamp, where have you settled in the world? I'm still the Co-Artistic Director (kind of like CEO) of my theatre company, Outside the March. As a freelancer, I've worked for Nascent (on a project for Telus), Grassriots (on a website for the Pope), Rise Vision (creating digital signage), and continue to do analytics consulting. I'm also mentoring at HackerYou in the part-time Web Development class which is so much fun (heading there later tonight!), and taking the Ruby on Rails Class. What keeps you connected to the HackerYou community? The people, most of all. I love my instructors from the full time bootcamp and I come to the Lab just to hang out with them and see them. I'm also having a huge blast mentoring. I really love watching people's "a-ha" moments and helping them to make new discoveries.

Curious about the paths of our other grads? Read more of our Alumni Stories here.