HackerYou Is Officially a Private Career College: What This Means for Students and Alumni

HackerYou Is Officially a Private Career College: What This Means for Students and Alumni 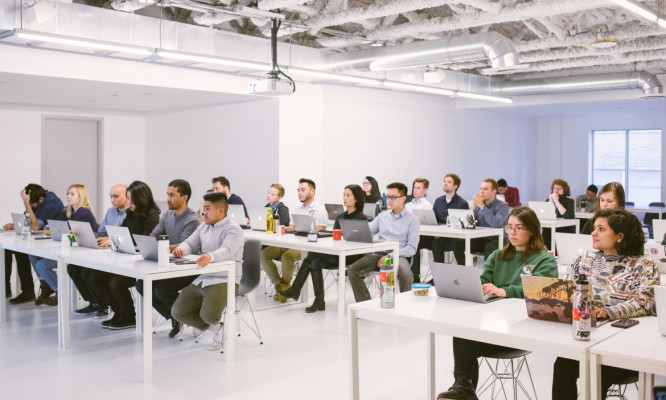 Today, HackerYou, a Toronto-based provider of hands-on, project-based technology skills training announced that it has been approved by the Ministry of Advanced Education & Skills Development to operate as a registered Private Career College in the province of Ontario. This is a major development for coding bootcamps as well as Ontario’s Career College sector, as HackerYou's bootcamp is now the first approved program of its kind in the province. Going forward, the training provider will operate as “HackerYou College of Technology” and its Front-End Web Development Immersive Program (also known as its ‘bootcamp’ program) will become a Certificate program. HackerYou Founder & CEO Heather Payne said, “This is an exciting development not only for us, but for coding bootcamps in general, as well as Ontario’s Career College Sector. Career Colleges serve to provide vocational training with the goal of getting graduates directly into the labour market, and this is exactly what HackerYou has been doing - and doing very well - for the past four years. Coding bootcamps like HackerYou have responded to the urgent need for a workforce with cutting-edge technology skills in an innovative way, and our alternative model for skills training is now being recognized and legitimized.” HackerYou was founded in 2012 by Heather Payne and three other women - the team behind Ladies Learning Code, a not-for-profit dedicated to bridging Canada’s technology gap. HackerYou began by offering part-time courses in HTML & CSS, and since then has expanded its course catalogue to include courses on many aspects of web development and design as well as other in-demand technical skills, such as Search Engine Optimization. In 2014, building on the success of its part-time courses, HackerYou launched the first bootcamp of its kind in Toronto – a full-time intensive nine-week program to train aspiring developers for junior front-end jobs. Since the first cohort, HackerYou has graduated 310 bootcamp students, with an alumni success story to go with each one. Although HackerYou’s programs have produced life-changing results for hundreds of alumni over the years, becoming a registered Private Career College brings the company, and province, one step closer to effecting the changes necessary to create a more dynamic and skills-based education sector. Applications are now open for HackerYou’s first Certificate program, which will begin on January 30, 2017, and will graduate its first group of students in April 2017. For media inquiries or questions related to HackerYou College of Technology’s new Certificate program, please contact Siobhan Özege at press@hackeryou.com, or by phone at (416) 546-8954. .