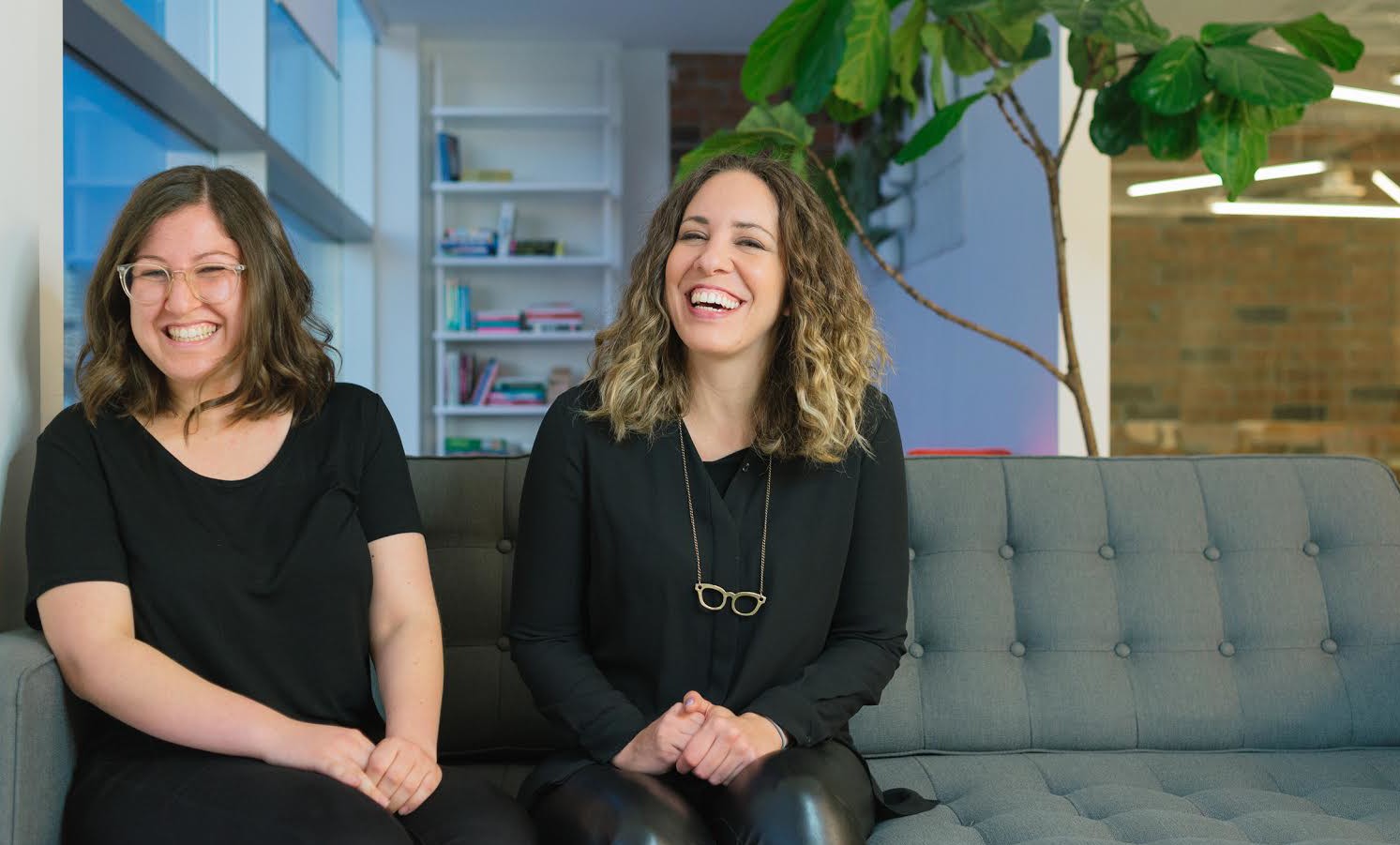 Jordan Deutsch and Trudy MacNabb met early at HackerYou, arriving each day of our Winter 2015 Bootcamp before many of their classmates were even awake. The early risers started attending crack of dawn yoga classes together, chatting over shared breakfasts and, eventually, making plans for the digital agency they would found, Up at Five.

Theirs is one of just a handful of digital studios in Toronto run by female developers — a venture that capitalizes on their app development skills, interest in data and a temperament they say they share in common: pragmatism. “Not everybody needs to be a programmer, but everybody could be,” Jordan says.

“People don’t do the same thing forever anymore. I wanted to learn to code, but didn’t know how. The internet said ‘coding bootcamp’.”

Jordan joined our 9-week Web Development Immersive Bootcamp in January 2015, excited to learn how languages and libraries such as HTML, CSS, JavaScript, and jQuery which are used to build sites like the ones she’d long admired. The continuous problem solving innate to programming gave her a deeper appreciation for development as a whole. “If you were right all the time, you would just be a typist,” she jokes. “You have to be able to articulate what problem you’re trying to solve.”

That opportunity appeals to both Jordan and Trudy. Trudy, who used to work as a mainframe programmer for a major Canadian bank, was excited at the prospect of exploring other facets of programming. “My job was very stable, but front-end web development seemed to offer a plethora of additional opportunities." She wanted to diversify her income and so learned to build apps as a student in our part-time Ruby on Rails courses. Freelance gigs came easily and, wanting to take her skills even further, she quit her job and joined us full-time.

Less than a year later, Trudy has new sense of security and confidence that she is delivering more value to clients and the world. Up at Five specializes in developing custom data-driven web applications and e-commerce websites and the two partners have a steady stream of clients.

“People come to it from different backgrounds and bring different knowledge to it. “So many developers are needed, so, we weren’t scared about finding work. We didn’t plan to start an agency; we just followed our instincts.”

If there was any challenge, it came early when Trudy and Jordan realized they wouldn’t be able to learn everything all at once. “Learning in adulthood requires you to change gears,” Trudy says. “In the old model, knowledge was power. In the new model, knowledge is everywhere so, it doesn’t necessarily make you powerful.” They attribute their success as a team to their problem-solving natures and to their willingness to be wrong. Jordan explains: “A programer has to be OK with being wrong most of the time. Each line of code in isolation is simple; it’s putting the pieces together that is the challenge.”

RSVP to a free Web Dev 101 Workshop below to learn the basics of code in a beginner friendly classroom. At the workshop, you'll also have the chance to talk to a Student Success Consultant about your unique learning journey.