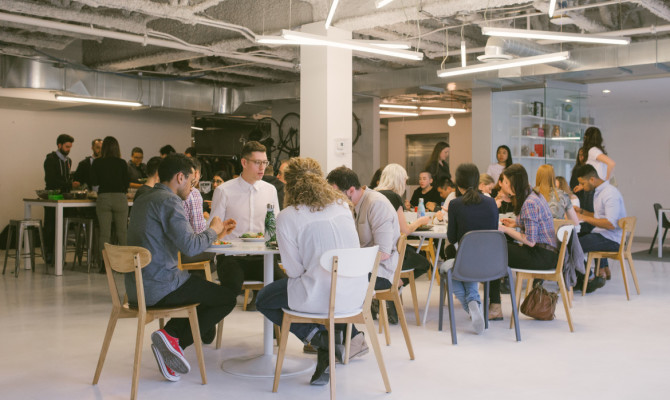 Alex Davey is a graduate from our Summer 2015 Bootcamp. After finishing our nine-week immersive program, she focused on building a pet project she'd had in mind for months; a Hipster Baby Name Generator. Since launching it in mid-September, it's been viewed over 30,000 times and has received international coverage. Read on to find out how she came up with the idea and built such a popular app.

Before I started HackerYou's bootcamp, I knew I wanted to make a Baby Name Generator - specifically, a "hipster" baby name generator. There was just one obstacle, and probably a rather huge one. I needed to learn code. While in the bootcamp, I kept this project on the back burner. I wanted to learn as much as I could and focused on more technical projects, especially ones that challenged my JavaScript knowledge. But the Baby Name Generator idea never left my mind. Nine weeks later, my dreams of organic kale fed babies were back. I NEEDED to make this app. So I did. 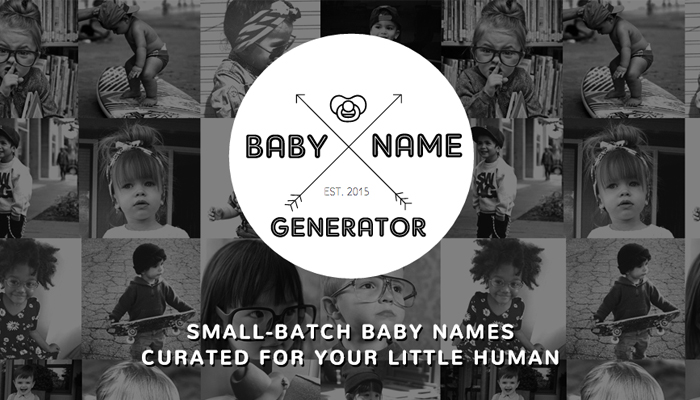 Yes, there are numerous hipster name generators already out there and no, I am not creating anything groundbreaking. But I wanted something that was more for hipsters than poking fun of the "extreme baby naming" celebrity culture (ex. Pabst Blue Ribbon Fixie Smith). I wanted to create something that could be funny, strangely inspiring and just a little bit helpful.

I started by collecting baby names that would populate the Generator. It was important that I (excuse the hipsterness) actually curate these names. I chose names that I would consider naming my own future children (or my future non-human canine children). It was important to have a solid selection of both male and female names. I created the non-conformist option because it was always important for me to be inclusive; I want everyone to enjoy this app. The research was pretty easy - there are loads of baby name sites out there. I also went beyond those more expected names and looked names of fruits and vegetables, plants, trees, and gemstones. From there, I would log my favourites in lists that would later become very important variables. For example, I have always loved "grandmother" names. I grew up attending a church where old ladies outnumbered young families and I was enamoured at names that were so different from my own generation. In an era of too many Ashleys & Jennifers, there was a need to revive the Maudes & Agneses of days bygone.

I presented the user with a first, middle, second middle, and their own last name, and I would need the help of JavaScript and jQuery to display their selections. Upon choosing the gender, the second middle and third middle name are selected randomly based on the answers provided. 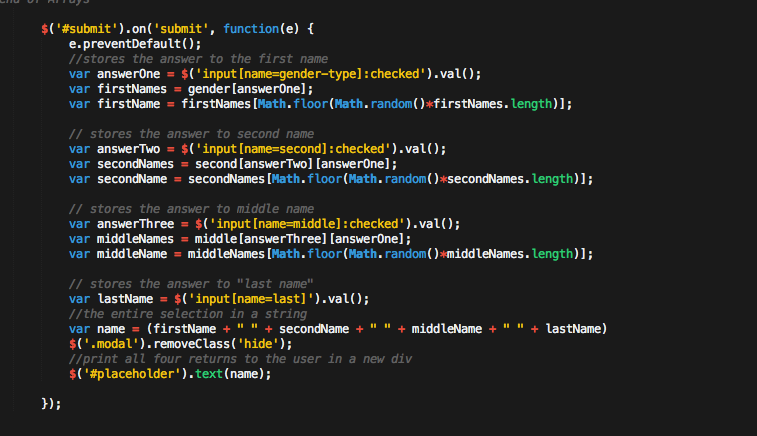 I launched the app on Wednesday, September 16th and in under a week it had reached over 30,000 views! It received coverage from Design Taxi, Trend Hunter, and Paste Magazine. I saw tweets coming in from France, Germany, and San Francisco! Seeing those results was great and made me feel like I am not alone in my obsession with these names. I was really excited to see my friends and colleagues use it, let alone the world. I am so excited to continue sharing my weird obsessions with the world in the form of design and development.

Like many of our bootcamp grads, Alex got her start in our part-time Web Development classes. Our next session begins November 9th. Learn more here.